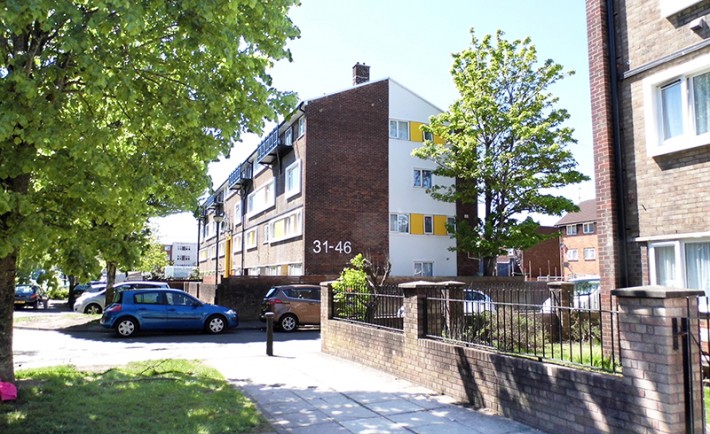 Hodges Square is a 1960’s housing estate consisting of five blocks of maisonettes and six houses in the Butetown ward. During community consultation residents indicated they were unhappy with the general appearance, parking, courtyards and bin stores in the area. They also raised concerns that certain areas within the estate were not overlooked, poorly lit and facilitated anti-social behaviour.

Five blocks of maisonettes and houses in the Hodges Square Estate have benefited from a comprehensive estate regeneration project over a 3 phase, 2-year project.

The second phase improved the appearance, security and the space within the courtyards through:- 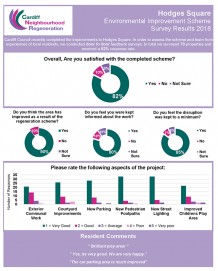